We cover the rest of what’s in Game Update 2.1: Customization, and complete our series of quick guides with the other two level 55 hard modes, Hammer Station and Mandalorian Raiders. 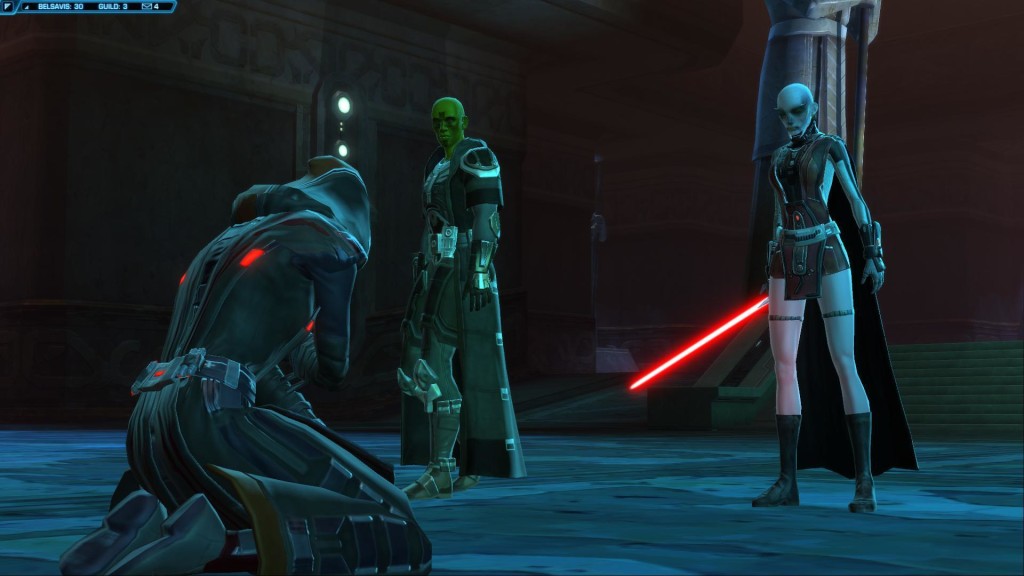 This is Baldy’s frowny face: 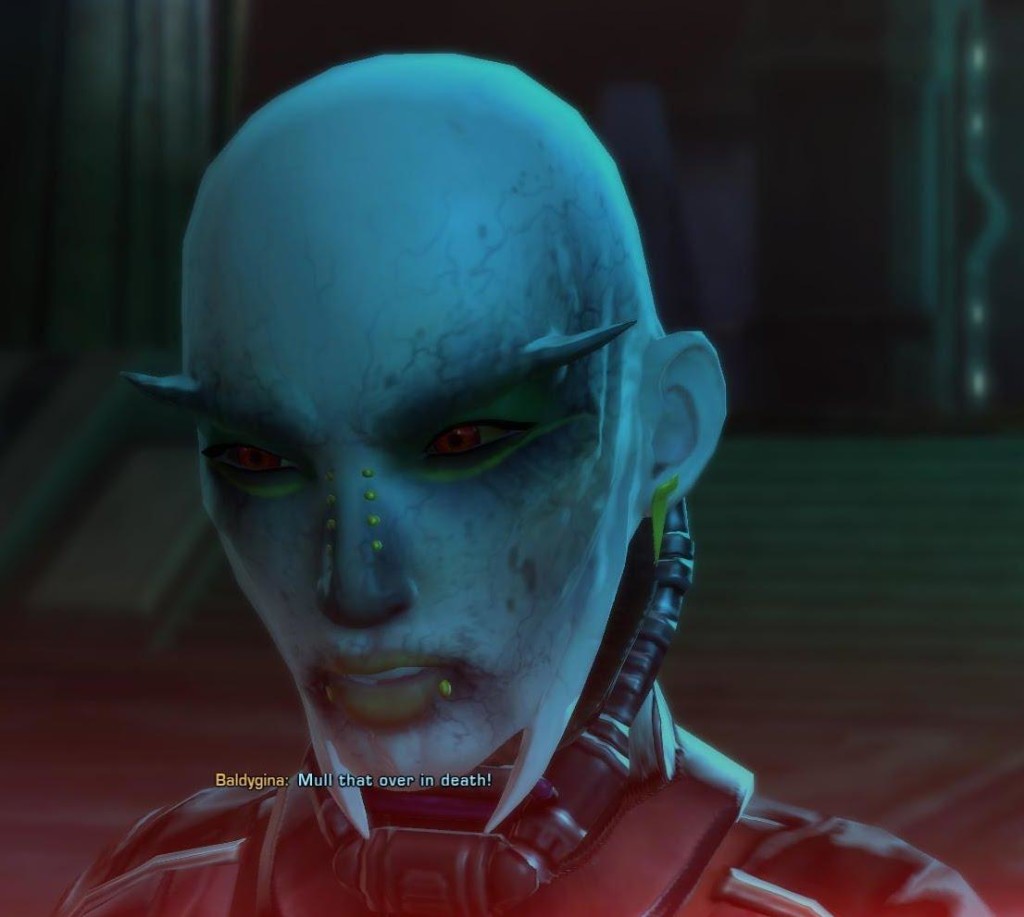 A nice bit of scenery from the prison world of Belsavis: 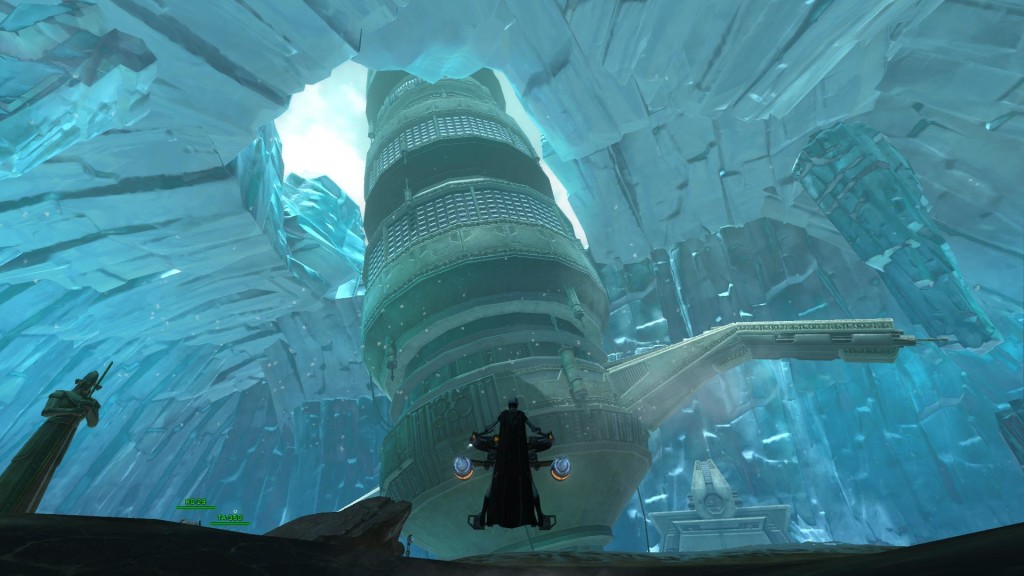 Redna’s in-progress UI update, with his action bars arranged to mimic the layout on his new Razer Naga: 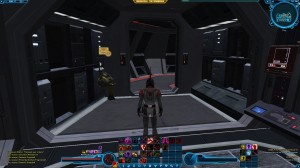 (We are continuing the question from last week.)

Our question is all about New Hollywood. New Hollywood is a period of moviemaking from the mid-60s to the very early 80s. It is usually marked as beginning with “Bonnie and Clyde”, a surprising hit of a movie where the main characters die, and ends with the overpriced flops “Heaven’s Gate” and “One from the Heart”.

Our guide on 2- and 4-piece set bonuses for all PvE and PvP gear has been updated with the new set bonuses made available in Game Update 2.0.

A very useful summary of endgame (or “elder game”) content from BioWare can be found at www.swtor.com/info/eldergame.

If you live in the US and don’t mind paying for shipping, you can enter a competition to win a 1/6 scale replica of Darth Malgus!

In Kuze’s Korner this week, Kuze provides some extremely useful tips on platforming. These and more will feature in his platforming video, which is coming soon.

For those interested in joining Ootini Fight Club for some endgame PvP, please contact Chong by email (empiredivider@gmail.com). Chong and HamSammich are also planning a PvP tournament on The Harbinger; Moff Chong will be on episode 80 to tell us all about it! You can preview the rules here.

Middle’guard provided a YouTube video that he did that shows his UI with the action bars configured to mimic the location of the buttons on a Logitech G600 or Razer Naga mouse.

Matt Roberts (@Roguish98) referred to a couple of forum threads regarding how installing DirectX 9 drivers may improve your performance (fix, CS confirmation). He also recommends this forum thread that discusses general performance improvements. 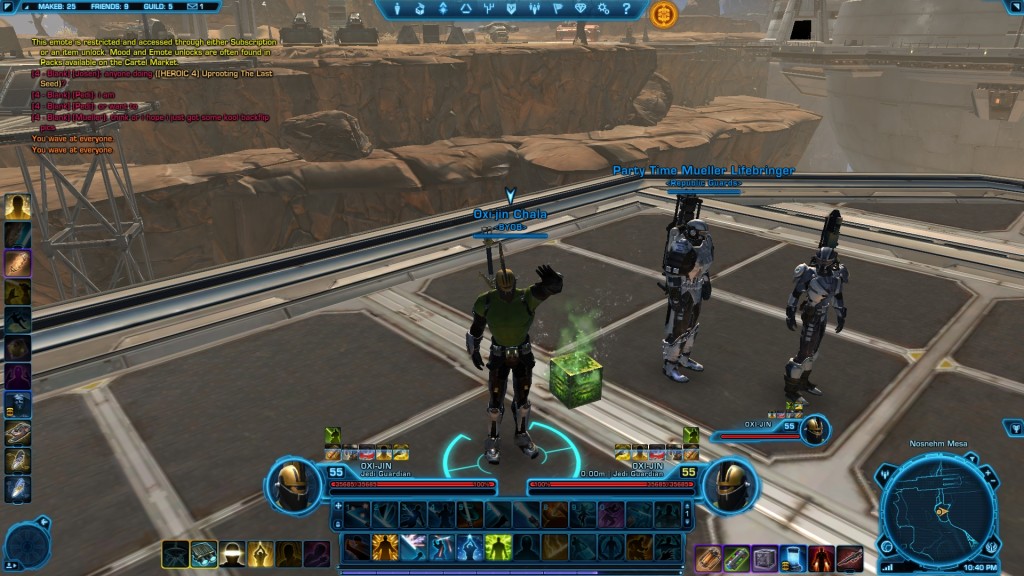 We cover the other two of the level 55 hard mode Flashpoints, Mandalorian Raiders and Hammer Station. Athiss and Cademimu were discussed last week.