We discuss the initial information about Game Update 2.0: Scum and Villainy, which is now on the PTS for everyone to try! 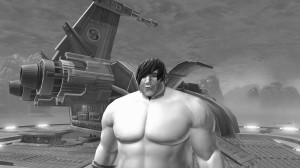 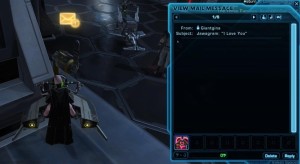 There are lots of reused items in game, as there are in any MMO. For example, on nearly every fence near a military base or even factory you will find bright yellow signs that say, in Aurebesh, “KEEP OUT.” Also common are Wanted posters, with that word and a credit symbol.

But the most common words I think you will see in-game are the words in Aurebesh for “VIABLE SAMPLE.” So the question is: where will you see them? Hint: you will find this phrase on every planet in the game, excepting the starter planets, and never in a spaceport or cantina.

Thanks to the Revcast crew for allowing Chill and Teo to join them in their second episode! You can find out more about Revcast at revcast.net.

Chill has written an article that documents PvE and PvP 2- and 4-piece set bonuses for all classes.

Also, a reminder to have a look at Ryan (a.k.a. Grav)’s article “PUG”, which was published last week.

Our sincere thanks to @HamSammich509 for his generous donation!