Hyp joins Chill and Teo to discuss the latest news, including the sudden flurry of activity on the official forums. Our discussion this week is the first of our hard mode guides for the level 50 in a hurry, covering Taral V.

Congratulations to the winner, Gary Foster! 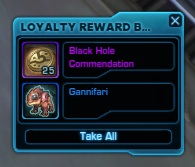 In this first of our series that provides hints and tips for the player who wants to get their daily Group Finder hard mode done in a hurry, we discuss Taral V.

Assuming the format is deemed acceptable by our listeners, we’ll be covering Maelstrom Prison next week!