Kuze is back, and holds forth on several topics of interest. We also discuss the scanty news about Knights of the Eternal Throne, the ongoing Dark vs Light event, and the upcoming Chapter 16 which concludes Knights of the Fallen Empire.

Who better to take the quick and easy path to the dark side than Chillsatan? 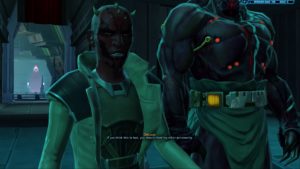 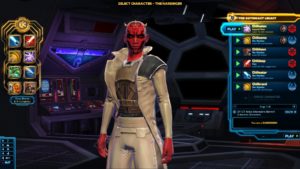 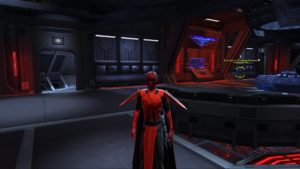 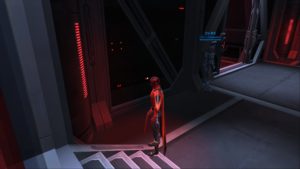 Congratulations to this week’s winner, Pyrochenko of the Shock and Jawa guild on The Harbinger! Thanks to Sukai and Rye for entering.

Druisaur has compiled all of SWTOR’s codex entries into a readable form, which you can find here.

We recommend that you read and distribute FibroJedi’s Open Letter to @bioware From a Chronic Pain Gamer.

Daniel’s survey is live and nearly done! You can do it here, though he’s hoping to finish it up on 1 August. Follow him on Twitter using @Infinite0utcome for the latest news.

This week on The Academy, Swtorista tells us about customizing your character’s appearance, and how to unlocks more races and appearance options.