From famine to feast! We talk about the Shadow of Revan announcement, and discuss in depth the new Disciplines system that will arrive in Game Update 3.0.

Congratulations to this week’s winner, TwinMgr! Thanks to Jay Connell and Darth Cathgirl for entering. 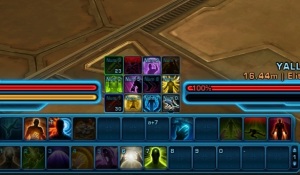 Thanks to Grim and Scotthomas for their donations!

Community legend Snave (he’s kind of a big deal) will be interviewing Eric Musco on his Twitch channel on Wednesday 15 October (7pm BST, 1pm CDT, Thu 5am AEDT). I believe this can be considered essential viewing.

Hru took this picture of one of the new GSI satellites on Makeb: 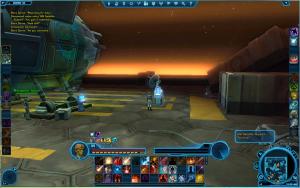 We discuss the Disciplines system, covered in this developer update and walked through by Eric Musco and David Demaree in a livestream (which was summarised by Dulfy here, and who also provided a breakdown of the new Discipline paths and utilities that were featured for Sorcerers).