We discuss what’s in Game Update 2.10.1, why we’re still waiting for details about that end-of-year expansion which it appears will be called Shadow(s) of Revan.

Congratulations to this week’s winner, Billy-sai! Thanks to Sukaiberu for entering. 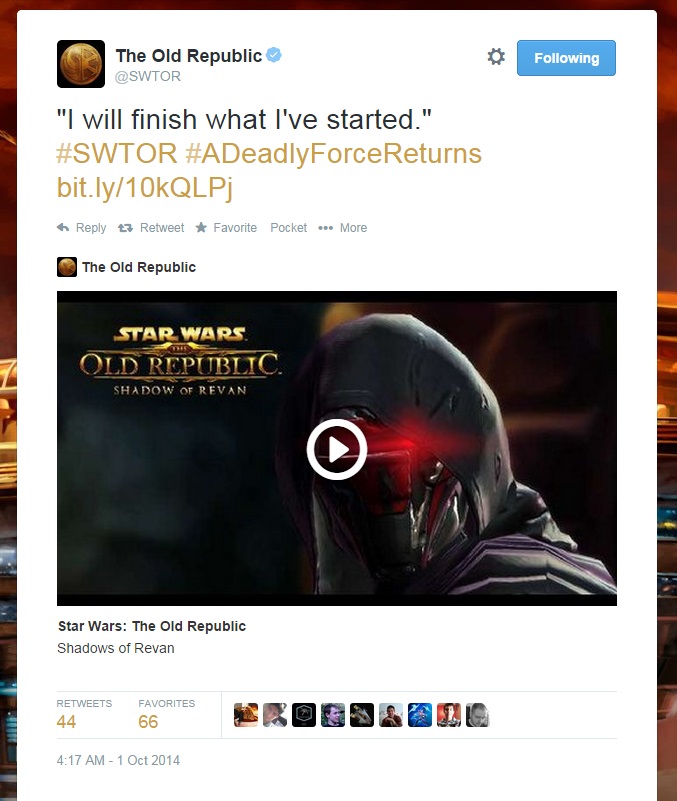 If you are on either faction of Jung Ma (US East RP-PvP server), you may be interested in the SWTOR division of the Remnants of Hope gaming community. You can see their recruitment video here.

Community legend Snave (he’s kind of a big deal) will be interviewing Eric Musco on his Twitch channel on Wednesday 15 October (7pm BST, 1pm CDT, Thu 5am AEDT). I believe this can be considered essential viewing.

Both @Jumoraf and JB recommend that people check out this video showing various Star Wars locations created in MineCraft.

Here is Chaz Lobo after completing a 5km Kessel Fun Run. What a fantastic photo opportunity! 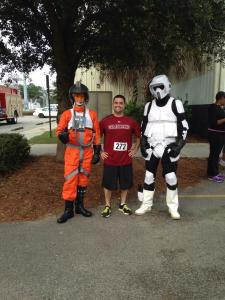 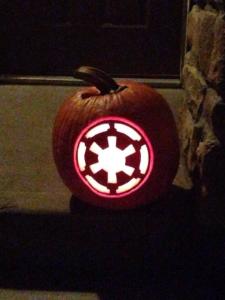