Game Update 2.8.1 was deployed this week with a number of quality of life bug fixes. We also discuss the huge amount of detail released about Galactic Strongholds!

GasGuy provided the following description about how to collect the CZ-198 codex entry:

To collect the codex you need to use your Macrobinoculars to scan the connecting bridge between two “twin tower” buildings on the south side of the main landing platform. You need to stand in just the right location. For the Republic try coordinates -547,40, and for the Empire try 36,36. I had to scan multiple times before my macrobinoculars would activate and register the scan.

You can find Thomas Midena’s video about why he’s still playing SWTOR here.

Reindeer86’s thread on our forums about how to cost items when placing on the GTN, including Bill’s response, is here. 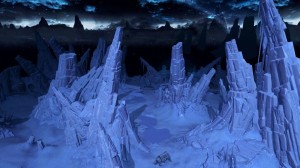 We discuss the latest details revealed about the upcoming Galactic Strongholds, including the developer blog by Jesse Sky (Lead Designer), and the first in the series of Twitch streams, this one covering the layout editor and decorations. It was hosted by Eric Musco (Community Manager), Toby McCall (Associate Designer) and Jack Wood (Producer).

A video walking us through the Tatooine Homestead was shown at the end of the stream, and subsequently released on YouTube.