Player housing will be arriving sooner than we thought! In Game Update 2.8, early access will begin for Galactic Strongholds, SWTOR’s second free-to-play digital expansion. We discuss all the details we have so far, with plenty of speculation about what is yet to come. 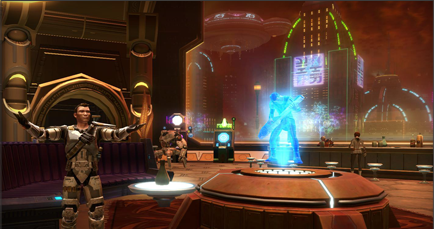 Teo is using the Sith Lords Restored Content Mod (version 1.8.2) in his playthrough of KOTOR2.

Congratulations to this week’s winner, Jaylan!

Hru provided the following screenshots of his two Bounty Brokers Association mounts which he has finally acquired. Each required 50 Completed Bounty Contracts!

Karen (@chibiseira) requested that we refer players looking for a guild on the Republic side of the Jedi Covenant server to GAF (Gaming Age Forum). You can find more information here.

For Graham (Awesome) Sellars of the EU server Red Eclipse, @AlrauneSWtOR suggests the guild DayCrawlers, while Dracko recommends NorDev and Wookies are Chewy.

Zombiesalmon provides this spreadsheet as a possible tool for potential credit-seeking entrepreneurs.

Thanks to our friend Dan for his audio submission. He also provided the following screenshot showing an incredibly close GSF match of Domination, which his team won 1000 to 998: 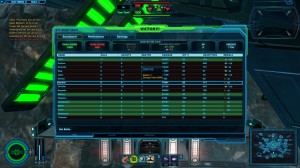 We discuss the next free-to-play digital expansion, Galactic Strongholds, which will arrive for Subscribers in Game Update 2.8 on 24 June. You can see its trailer on YouTube.