(Editor’s note: Longtime friend of the show Jason Connell (@Jayconnell) attended the Community Cantina held in Boulder, Colorado on Saturday 22 March 2014. He’s provided this write-up of the Q&A and his other observations of the event. Thanks Jay!)

We got to the event about an hour and 15 minutes early and there were probably a hundred people in line already. It was hard to tell the total length of the line as it went around a couple of different corners.

I would guess two hundred or so people were there. The room they booked had about six large tables and five or six standing tables. We grabbed the last standing table when we got in. By the time the Q&A started, the room was standing room only with quite a few people sitting on the ground to the left and right of the stage. 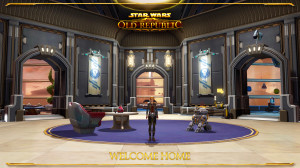 At the risk of sounding elitist, I have to say that anyone who listens to OotiniCast regularly or pays attention to the dev posts on the official forums would have gained very little ‘new’ info from the Q&A. I kind of felt like I could have answered quite a few of the questions asked as they are common topics on OotiniCast, the SWTOR sub-reddit, and the SWTOR forums.

The following is my summary of the Q&A. I took far more notes and paid more attention to the less common questions.

Q: Someone asked what kind of items would be allowed into legacy storage.
A: That is still in development. It’s something they are still working out.

Q: Guild ship PvP
A: Not going to happen any time soon. Wall of Crazy™.

Q: GSF PvE
A: Currently on the Wall of Crazy™. However, Blain did mention how much weight is placed on feedback from Community Cantinas and that space PvE is something they get a LOT of questions about. The tone of his response left me thinking that GSF PvE is something that is fairly high on their list of possible future content.

Q: More class story?
A: They would rather spend time on content that everyone can play rather than one person at a time.

Q: Mac (OS X) client coming?
A: Currently no plans are in the works for an OS X client. Blain and Cory both worked for some leading edge company that ported lots of games to the Mac. While they both had a “vested interest” in the topic, it is not something that BioWare is considering at this time. Blain mentioned that it’s more of a business problem than them having the ability to do it. Cory said Boot Camp works (allowing SWTOR to run when booted into Windows on a Mac).

Q: Open world PvP
A: They kinda hinted that something different was coming. Crowd was getting a little rowdy at this point so I only heard them say that they (BioWare) really liked the Gree world event, and considered it a success.

Q: New planet!
A: Someone asked about a planet that was in Knights of the Old Republic (KOTOR). I didn’t play KOTOR so I can’t say what the planet was. Based on the BioWare team’s facial reactions and the very sarcastic reaction of “Wow, yeah that’s a really great idea!” I think he threw a bull’s eye on something in development now. I would speculate that we will be getting that KOTOR planet eventually.

(Editor’s note: Excluding Taris, Korriban and Tatooine which are already in SWTOR, KOTOR included Dantooine, Telos, Manaan, Lehon and Kashyyyk. Dantooine is kind of boring, Telos has too much overlap with Taris, Manaan is a waterworld and Lehon, the Rakaata homeworld, wasn’t visited directly, and it seems we’re done with the Rakata. I’d suggest that Kashyyyk, the Wookiee homeworld, is the most likely candidate to add to SWTOR.)

Q: Achievements
A: I asked the question “Are there any plans to start rewarding achievements with something other than cartel coins and prestige?” He responded by repeating the question and adding “like a title”. He smiled, said one word “Yes” and handed the mic back to Courtney. So (at the very least) we are getting titles for achievement rewards.

Q: Level cap increase?
A: Another sarcastic “Wow, that’s a really great idea” type of answer. While they didn’t actually say “yes, it’s going up”, it was kinda hard to think that it would not be going up in 2014.

I did get to speak with Blain before the Q&A started while he was mingling around the room. I asked him Red’s other question about monetization of F2P (free-to-play) and allowing Preferred players in Ranked PvP. Short answer: No. Blain’s elaborated answer: Blain was very active in the F2P transfer, and it was a topic that came up often. At the end of the day they decided that the Ranked PvP players are the most dedicated PvPers out there and as such they tend to be subscribers anyways. Catering to F2P and Preferred players in Ranked PvP would have been focusing too small of a player base to warrant the required resources it would take to implement.

We had a great time! It was very cool meeting the guys who make the game we love. They are really passionate gamers. I feel better about SWTOR knowing the people behind it are so into what they do!

From the Flash Drive

(The text below is from the “First Look” Inside Scoop PDF included on the Flash Drive.) 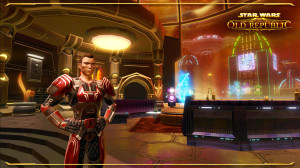 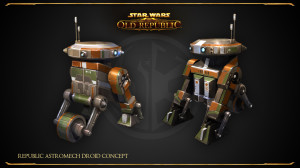 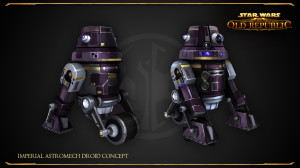 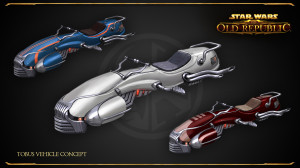 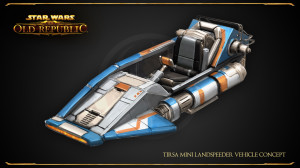 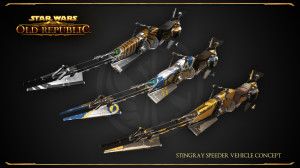 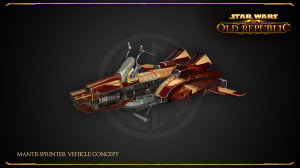 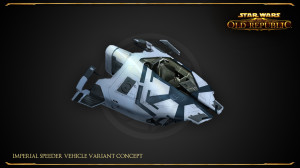 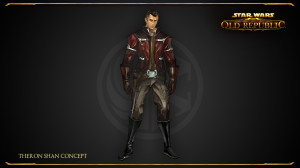 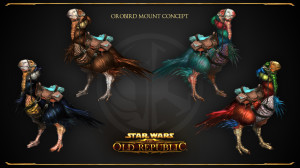 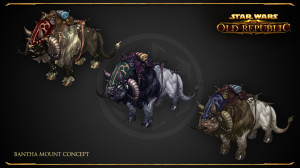 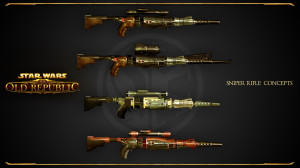 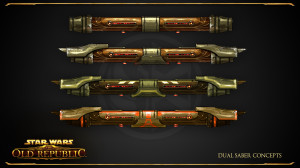 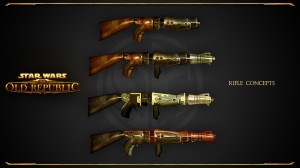 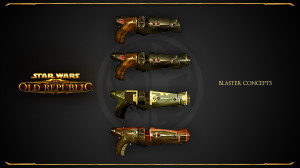 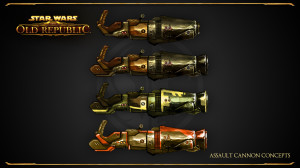