Lots of news this week, including more details about the new Quesh Huttball Pit warzone, the Q&A from the Community Cantina in Atlanta, and the Super Secret Housing Project teaser trailer. In our discussion, Bill is back to provide yet more credit-making advice. 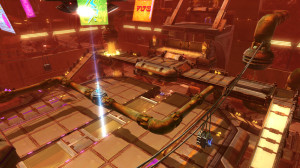 Congratulations to this week’s winner, Socordia!

Heather has plenty to say on her Pretty Little Sith blog, including Happiness in Video Games vs. Real Life and My Guild as a Communist Society.

Tim (GasGuy) has updated his Codex Tracking List, a spreadsheet which can be downloaded from the right-hand sidebar on our site, or directly from here.

The OSWguild from The Harbinger, which you can find on YouTube here (follow them on Twitter via @OSWguild) have their latest player guide available, this one on leading a raid.

Long-time friend of the show, Dan O’Brien (@DsanOB) celebrates over 400 followers of his most useful @SWTORTracker feed on Twitter, which publishes links to SWTOR dev posts.

Dulfy has published the following image and video showing the Rancor mount, a Tier 1 reward for Ranked PvP Season 1. It’s being modelled by our friend Ben (@giant_gina). 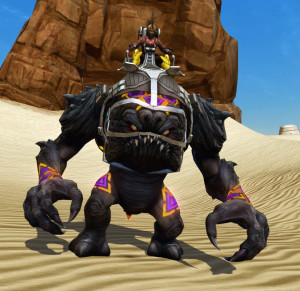 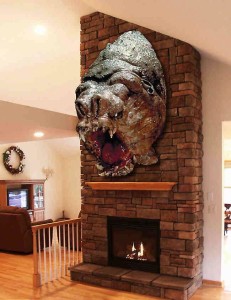 Chong provided the following visual demonstration of how many targets are affected by the Kolto Residue left on the ground by a Commando’s Kolto Bomb: 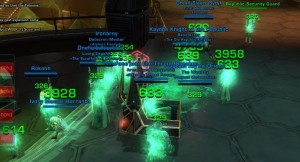 Bill is back with more credit-making advice. This time he covers how to get the most out of dailies, and then answers some listener questions.