As the Life Day holiday approaches, there’s not much happening… well, aside from Galactic Starfighter! We discuss what we’ve learned so far, and provide some tips and tricks for all you budding pilots.

Red discovered that to search for Cartel Market items for Galactic Starfighter being sold on the GTN, you need to set the category to “Starship Upgrade”, and the upper bound of the “Required Level” to 1, as shown below: 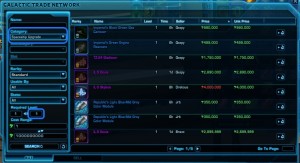 If you only want to see starfighter unlocks, set the category to “Artifact” (purple).

Red also encourages the community who are into achievement hunting to get themselves added to the forum-based achievement leaderboard (thanks to BenB of the Empire-side guild Despair on The Harbinger for letting Red know).

Congratulations to this week’s winner, Darklighter!

Asros’s TOROCast article “Galactic Starfighter: Did it Stay on Target” is well worth reading.

Here’s Chong awesome screenshot of him going head-to-head in an unintentional standoff: 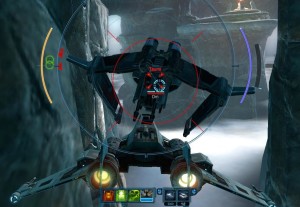