Congratulations to this week’s winner, Mark! 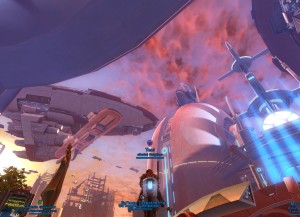 Kal gives us some insight into the detailed planning that goes into an Ootini Templars operation: 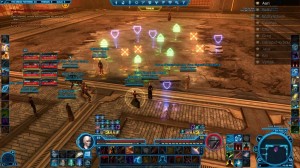 The Empire-side guild Despair on The Harbinger is looking for raiders to join their operations group. See this forum post for more information. 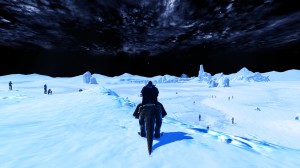 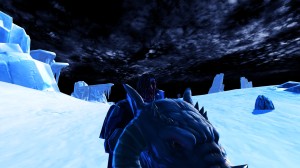 Geldarion (a.k.a. Drew, co-host of Corellian Run Radio) penned a poem on the eve of Game Update 2.5’s deployment. He also sent us this screenshot of the new recruiting poster on Coruscant for Galactic Starfighter (the Aurebesh reads “Protect the Republic, become a starfighter pilot”): 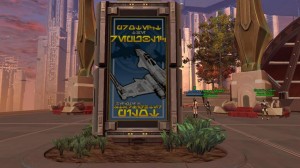 Here is another cyborg Imperial Agent, this one from Mark S: 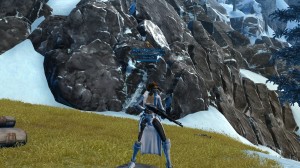