This week we discuss the closure of LucasArts, the latest SWTOR news, and James Ohlen’s presentation at GDC. We also provide some advice on how best to prepare for Game Update 2.0!

Hyp provided some pictures for us to discuss. The first is his Sniper, Cyborgina, looking surprisingly demure: 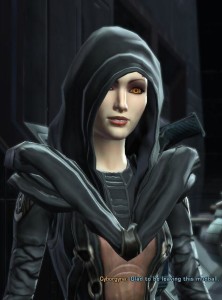 In stark contrast we have Baldy. Oh, Hyp. 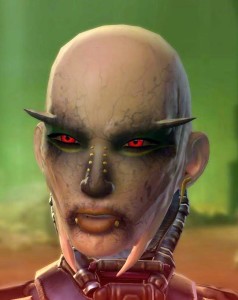 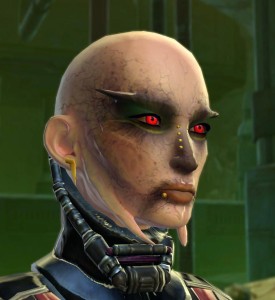 Finally, the context menu for the shuttle door in an orbital station which caused Hyp some amount of frustration in terms of the ordering of the options: 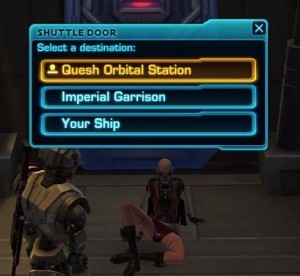 There are many artists involved in the making of the Star Wars movies, but some of them are also famous outside the movies as well. I’m going to name a few of them, in what I think is easiest to hardest order, and you tell me how they influenced Star Wars, or how they were involved with Star Wars. It sort of starts easier with those who were directly involved, and ends up with the influencers:

Please send your answer to ootinicast@gmail.com. The prize this week is Benjamin’s Bodacious Booty, donated by our guildmate Benjamin CC to celebrate the release of the Rise of the Hutt Cartel next week!

If you’re after a guild on the Republic side of the Shadowlands (east coast PvE) server, check out Jeddit, the official guild of the SWTOR subreddit.

@madmar_sith (be sure to follow him back to join the #swtorfamily!) is maintaining a list of SWTOR podcasts.

We have two installment’s of “Raise Your Glass” (new and original segment name coming soon):

Our friend and guildmate Kuze has joined the OotiniCast crew with the first installment of Kuze’s Korner in this week’s show. He’s also provided two video guides for the Datacrons that you can get on Makeb.

Darth Kenji’s next Lesson from the Holocron will be about Jawas. Look for it soon!

BioWare have finalised the conversion ratios, Commendation weekly caps and maximums, as well as confirming that warzone commendations will be unaffected during the conversion.

In terms of the gear you’ll need for questing on Makeb, we believe that Tionese gear (which you can purchase now using the 99 Tionese Commendations obtained from your class’s Advanced Gear mission, obtained when reaching level 50) should be sufficient. The new tier of crafting will provide mods for your gear, as well as new equipment, to help upgrade that Tionese as you level up. There are also items which drop from mobs on Makeb and mission rewards, as well as what can be purchased using Planetary Commendations from the (new) Makeb vendor on the Fleet and on Makeb itself.