The Gree are back, the march to Makeb begins, and the Hutts begin offering reward points for the Cartel Market! All this and more as we discuss what’s in Game Update 1.7.2.

Hyp learns that talking back to a Sith may sometimes end badly. 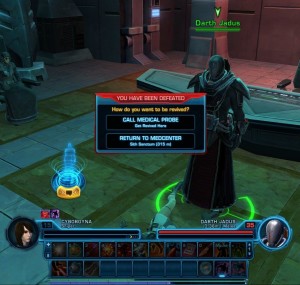 Baldy models the Cartel Luxury Skiff, one of the most desirable speeders to have been added to the Cartel Market’s Packs. 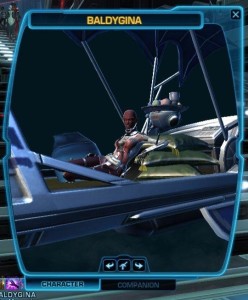 Baldy certainly isn’t getting any prettier. 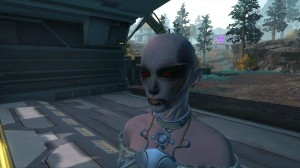 A useful resource for those interested in both the normal and heroic space missions is Nefash’s Pilot Training School.

If you’re into PvP, Jacob Hausman’s Rated Warzone Guide is worth reading; the warzone strategies are good to know even if you’re not in a rated group.

Darth Kenji has resurrected his Lessons from the Holocron series with a new installment, “Warlords and Gangsters”, which reveals some surprising revelations about the Hutts!

Here we have Dillon’s “missing granny”: 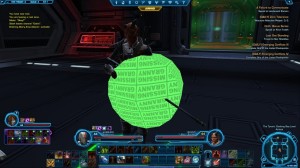