Hyp joins Chill and Teo to discuss the aftermath of the character transfers, and revel in being on a heavily-populated server at last! We also talk about the latest BioWare hints that SWTOR may one day go free-to-play.

We discuss our experiences in transferring from Space Slug to The Harbinger. Hyp expressed his sadness at leaving our old server through art: 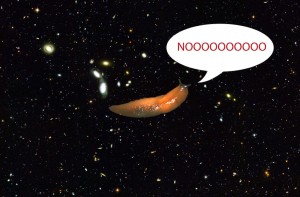 All SWTOR servers have now been allocated in this first (and possibly final) round of free character transfers. You can see how things ended up in this chart (click on the image to see the full-sized version): 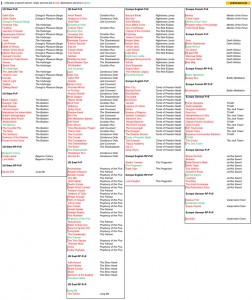 This week’s challenge: How was Star Wars used in real life by certain official members of Britain to thumb their nose at a foreign emissary they didn’t like?

BioWare have announced that they will be offering a free trial that allows players to get to level 15 before there is any need to pay for the game or subscribe. We anticipate that this will be delivered as part of Game Update 1.3.

Lead designer Emmanuel Lusinchi, in an interview that will be published in issue 124 of games™ magazine (to be released on 5 July), said the following in an excerpt that was subsequently removed from the magazine’s site:

“The MMO market is very dynamic and we need to be dynamic as well,” he says. “Unless people are happy with what they have, they are constantly demanding updates, new modes and situations. So we are looking at free-to-play but I can’t tell you in much detail. We have to be flexible and adapt to what is going on.”

Adding fuel to the free-to-play fire, EA’s Frank Gibeau (President of EA Labels, the division which includes the BioWare “Label”), in an interview with GamesIndustry International, also left the door wide open for a free-to-play conversion at some point. The sense from the interview was that this wouldn’t be any time soon; instead, they are going to see how the free trial goes as an initial foray into the free-to-play space.
Finally, James Ohlen (SWTOR’s Game Director) said in an interview with PC Gamer that:

“I think it [free-to-play] can work for different games. It really depends on how you go with your game. Games that have been built to be free-to-play from the start definitely work out. Now, there have been games that weren’t free to play from the start and transferred over to becoming free to play that have worked as well. But it’s definitely not something that’s super easy to do.”

Our conclusion is that they’re actively thinking about going free-to-play, but at best it’s in the conceptual stage. Converting a subscription-based MMO is a non-trivial exercise, and it would probably takes many months of development effort to achieve. If it happens at all, we don’t think it will be this year!