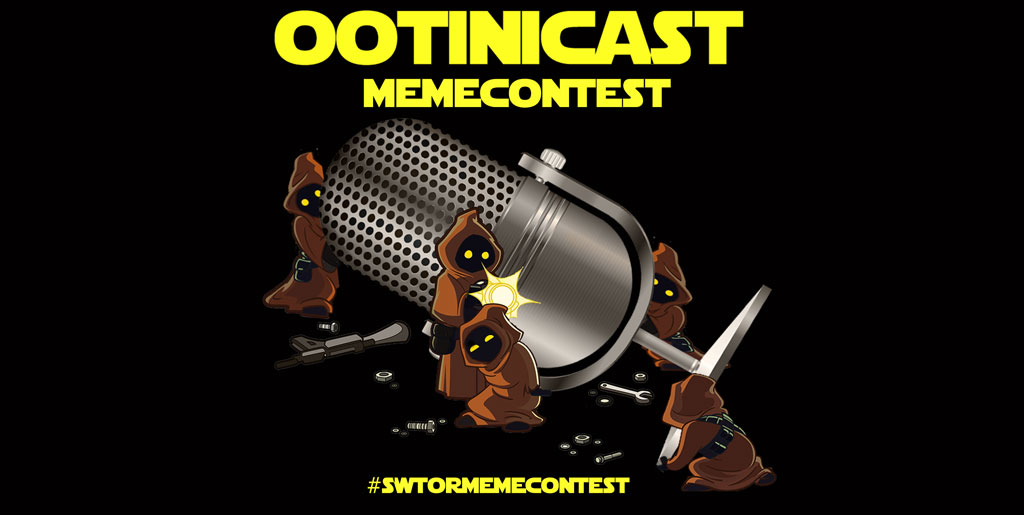 So you want to win some free stuff?

We’re seeing and loving all the screenshots you’ve been sharing so far, so put them to good use and participate in this little contest.

Inspired by the Queen of Faffing (@Alternativechat on Twitter) and her Warcraft meme contest, we are doing our own SWTOR meme contest focusing on Knights of the Fallen Empire cutscene memes.

This contest will be run over four weeks. At the end, we will pick first and second place winners, along with a runner up, with the following prizes:

Each week, we’ll be asking YOU, the community, to vote on/favourite the best memes submitted in that week. We’ll be keeping track via the hashtag #swtormemecontest as well as keeping the entries on our site ootinicast.com/memecontest2015. For this reason, it’s encouraged you do use Twitter for this contest, though if you email (ootinicast@gmail.com) in your meme we will tweet it via OotiniCast on your behalf.

At the end of the four weeks, our panel of judges will select the winners.

The content will be run over the following four weeks:

Winners will be selected each week by the community, by counting up the number of people who favourited the Tweet for each meme.

The winners from each week will be finalists for the final round, with the winners announced on 2nd December on the show. 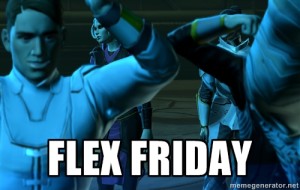 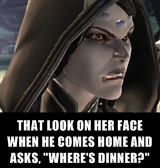