In the news this week, we discuss the delay to Game Update 3.1.1, what BioWare is doing about win-traders and griefers in Ranked PvP, and much more. We then talk through the current story progression up to the present day.

Congratulations to this week’s winner, Zernebog (you can find his blog here) of the Order of Shadow Knights guild on the Ebon Hawk server! Thanks to Sunner for entering.

Death By Smiley has taken the initiative to organise the community’s own version of Operation Victory.

Dalso of the Red Eclipse has produced this wonderful infographic showing the location of all the Flashpoints and Operations in the game. 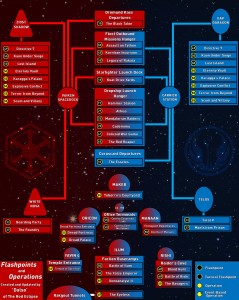 The following shows the final scoreboard from his closest Novarre Coast match so far: 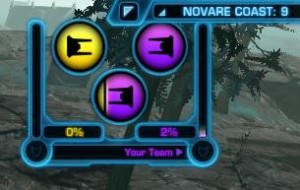 In response to GasGuy’s channel, live listener Elrecor pointed us to this infographic showing the entire story progression in the game up to (and including) the Shadow of Revan: 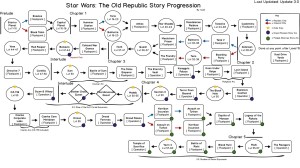