In the news this week, we cover the Choose Your Path trailer, Courtney Woods’ new role as a writer at BioWare, and more. We then discuss whether Hard Mode Flashpoints and Story Mode Operations are too hard.

Chill is listening to the Star Wars radio adaptation. He will say more about it next week! 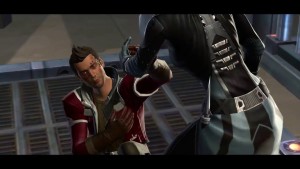 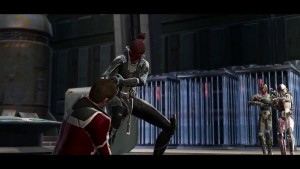 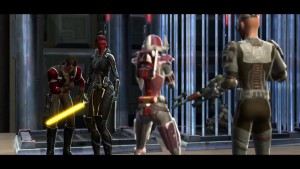 Congratulations to the Bad Feeling Podcast on achieving their one year anniversary show!

Also congratulations to Madmar (@Swtorfamily) for two years of his #swtorfamily. You can listen to Chill’s interview with Madmar in episode 132.

Chong is really enjoying the new Toilet decoration. In his words, “Boss’Chong vs The Number Two”. 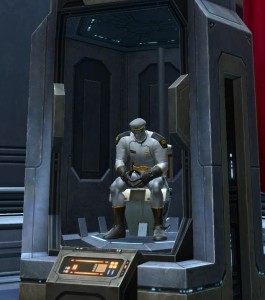 When Chong is not coming up with tawdry bathroom humour, he is doing Science! He has performed two experiments comparing the returns from gathering from the Slicing nodes on Yavin 4 without and with a companion, to determine if their mission crit chance affects Slicing node returns.

Inspired by a SWTOR sub-Reddit thread asking why players were unhappy with the difficulty of Hard Mode Flashpoints, we discuss their relative difficulty, along with that of Story and Hard Mode Operations.