Along with our usual news coverage, we discuss BioWare’s announced stance (and our opinions) on “that” exploit, which has become far too widespread in recent weeks. 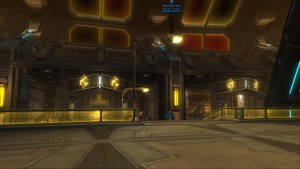 Congratulations to this week’s winner, Yxl! Thanks to Johnny Bravo, Tistrel, Thaanatos, Shintar and Dephine for entering.

You can download the latest version of Dephine’s tank stat calculator spreadsheet here. This version had some additions provided by our guildmate Sukai. Dephine encourages anyone who’s willing to make their own improvements. If you’d like to share them with the community, please email your updated version to us!

Please send your tips to ootinicast@gmail.com by next Wednesday for a chance to win a Taunfawn code, courtesy of BioWare, and an OotiniCast-provided Cartel Market pack from the latest shipment.

Geldarian found an easter egg in a mail message sent to his character, which he described in this post. He encourages other players to share any easter eggs they’ve encountered in the game.

The latest addition from SWTOR Tools is a site (swtorcartel.com) that lists all the current Cartel Market prices, along with a Twitter account (@swtorcartel) which posts price changes shortly after they happen in the game.

Madmar (creator of #swtorfamily) encountered a rare issue where his game client preferences were completely reset: 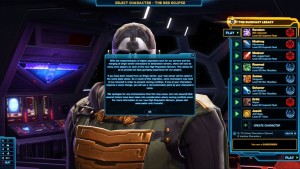 Turg is not impressed by the unimposing Yavin Temple Chandelier from Temple of Sacrifice when placed on our guild flagship: 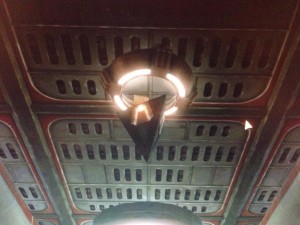 There is an exploit at large which has become widely known in the community. Eric Musco (Community Manager) posted on the official forums that (a) BioWare knows about the exploit and (b) anyone utilising the exploit can expect to be penalised, up to and including a permanent suspension of their account.

We discuss the situation arising as a result of the exploit and BioWare’s response to it.