We discuss the latest news, including some more tantalizing hints about what’s coming in the Summer of SWTOR, and a few tidbits from the last Community Cantina. Redna then rounds out his coverage of offensive stats with accuracy and alacrity.

Redna recommends the achievement guides on SWTOR Spy, such as the SWTOR Tyrant of Dromund Kaas Achievement Guide.

Congratulations to this week’s winners, Izaak and Thross!

Our guildmate Socordia provides the following elaboration on last week’s tip, having overthought the gifts. He believes that stackable companion gifts were the best feature that BioWare have added.

This week’s question is in regards to that most famous opening sentence—so much a part of Star Wars that it precedes EVERY episode, and is so iconic that it is thoroughly associated with it: “A long time ago in a galaxy far, far away…” Well, as it turns out, to borrow an idea from Hannibal Lecter and from Shakespeare, when you have someone put forward a fact so boldly without even being asked, perhaps that person is lying. Perhaps Star Wars is not so long ago, nor so far away. The question is: What movie did George Lucas work on but later drop, which was made later by another filmmaker—and what does that have to do with the famous Star Wars opening phrase?

Please send your answer to ootinicast@gmail.com by next Wednesday. Winners will be put in a draw to win a Taun Fawn code courtesy of BioWare and one of the latest full-size Cartel Packs (or if you’re on The Harbinger, the second of Moff Chong’s Hutt Skiffs!). 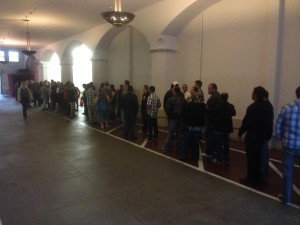 Waiting to get into the Community Cantina

The USB drive received by all participants 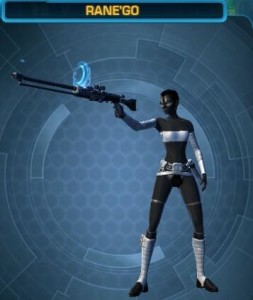 Snowy provided the following for our amusement: 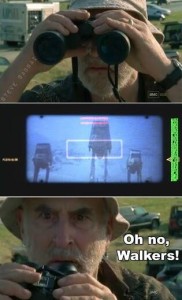 Snowy’s tattoo, a glorious mixture of Star Wars and Lord of the Rings: 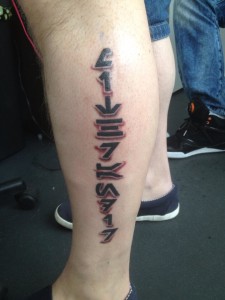 This week, Redna continues his discussion on offensive stats, covering accuracy and alacrity. 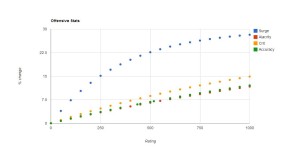