Plenty of news to cover this week, including coverage of the recent Community Cantina held in San Francisco.

Hyp provides a side-by-side comparison between the gold and red versions of his new speeder: 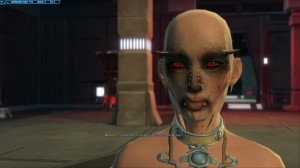 To enhance that lovely visage, Hyp has found Baldy a new outfit. 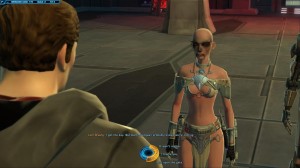 Just like seeing which actors tried out for famous roles is instructive, amusing, and disturbing, it can also be interesting to see how characters were “tried out” in early drafts before becoming the characters we know.

Which characters started out as the following?

If you are interested in being entered in the random drawing for a Tauntaun Fawn code and a Space Pirate’s Cartel Pack, please send your answer to ootinicast@gmail.com.

Jacob Hausman has written a Ranked Warzone Guide. If you have an existing ranked team, or would like to create one, there’s plenty of great advice here!

Our sincere thanks to Weihan Sun for his donation!

The site with crafting information that Kara requested is www.swtor.co.uk.