Chill and Teo are joined by Izaak to talk about the deployment of Game Update 1.4 and other news. We also discuss SWTOR’s gearing model for endgame, with its proposed three tiers of operations.

Chill provides his interpretation of the new moods that are now available for our characters in Game Update 1.4:

The following screenshot contains a sample of Aurebesh, the Star Wars writing system. The question is simply to translate it! If you are interested in learning Aurebesh, you can try Teo’s simple Aurebesh trainer. 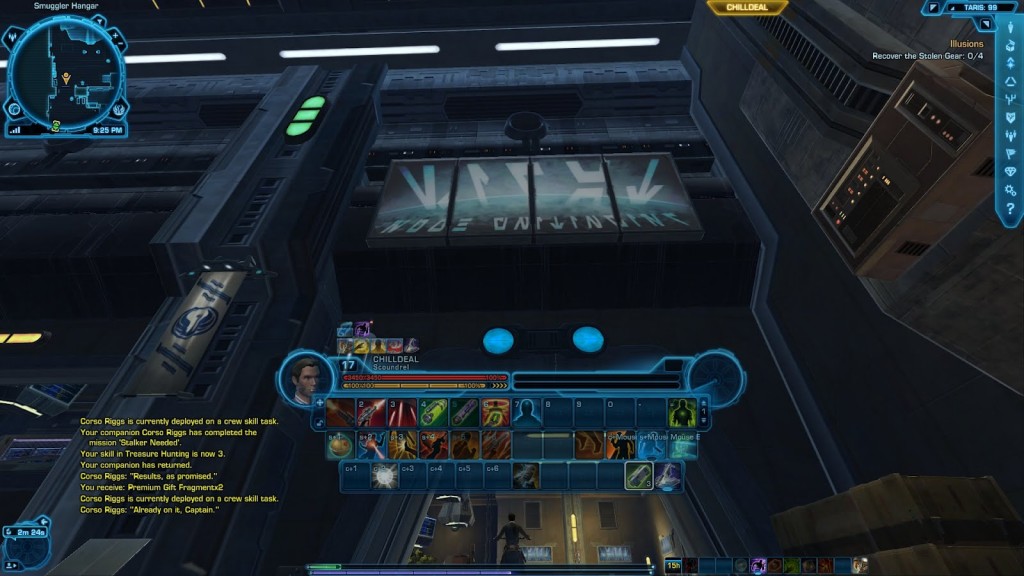 Thanks to Izaak (@IzaakTheMad) for joining us this week.