Chill and Teo are joined by Hyp and Cypher to discuss the latest SWTOR news, including the surprise super-server consolidation.

Chill referred to Oni’s old guild, who proved to be Ootini Fight Club’s nemesis during the weekly Ranked Warzones Session, as “Paragon”; however, the guild is actually Covenant. Most worthy and honourable foes!

Here is Cypher’s Lego Bowdarr. The resemblance to Chewbacca holding a lightsaber may not be coincidental! 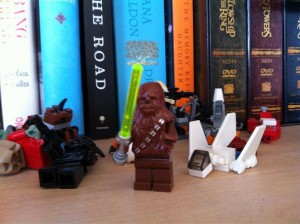 Thanks to Hyp (@Hypknotoad) and Cypher (@cypher_x for joining us this week.