We discuss the latest SWTOR news, focusing on Game Updates 5.9 and 5.9a. Then we talk about Casey Hudson and his vision for BioWare and Anthem, the new animated series Star Wars Resistance, and some very cool Star Wars toys.

You can find the original description of the “Machete Order” for watching the first six Star Wars movies here. 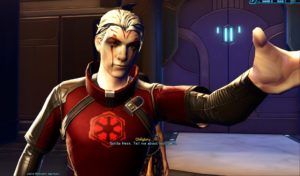 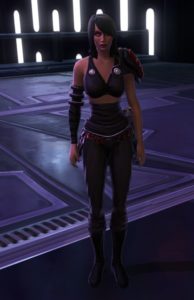 Congratulations to this week’s winner, N7 Alpha! Thanks to Blay for entering.

Please send your tips to ootinicast@gmail.com before the next show for a chance to win a Taunfawn or M8-3R droid code, courtesy of BioWare, and an OotiniCast-provided Cartel Market pack from the latest shipment.

Information about our guilds on the Satele Shan server, Ootini Knights (Republic) and Ootini Rage (Empire), can be found here.

You can email questions and comments about the show to ootinicast@gmail.com. Follow us on Twitter via @OotiniCast. Check out our website, ootinicast.com, which has links to our presence on Google+ and Facebook. You can subscribe to us on iTunes, and listen to us on Stitcher. We record the show live every second Wednesday at 4:30pm Pacific, goto ootinicast.com/live to find out how to join in!