Plenty of news this week, including the joyous if belated end to Nightmare Lootgate, the change to the Cartel Packs in Game Update 4.1, and the upcoming conclusion of the KotFE revamp of crafting. We then debut our Academy segment for new players, and conclude with a discussion about whether raiding has a future in any MMO, especially SWTOR.

Here is the special achievement that Blay created for his inaugural appearance on OotiniCast:

Congratulations to this week’s winner, Teadra! Thanks to Johnny (@BornToEatBacon), Styrka, ElionD and Uwen for entering.

Thanks to our latest Ootini Patron: Sean B, John L and Scott S!

You can find our OotiniCast shirts linked in our store.

All the details about the Ootini Events that Djredd has organised for February can be found in his forum post. 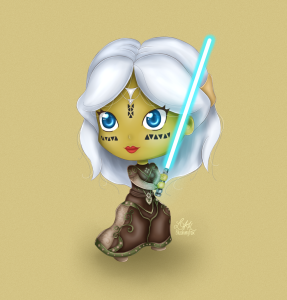 You can see Lauren’s creating this picture in this sped-up YouTube video.

Our guest Swtorista answers the following question for returning and new players:

I’m a new player who’s got a character to 65, done with the story for now, and am doing the Alliance grind.. but what else is there to do? What do I do now?

Here is Billy-sai enjoying a blue milk at the local cantina at Disneyworld: 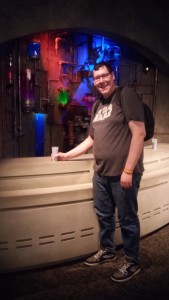 Stephen Cyr sent this video of he and his son joining forces as two unlikely, and overweight, Jedi heroes! 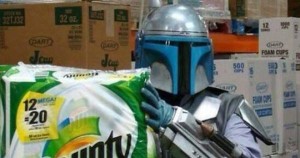 We discuss the question raised in this thread on the official forums: does raiding have a future in any MMO, and SWTOR in particular?