Here is the complete list of companion gifts, sorted by type and grade, that Dephine sent us: 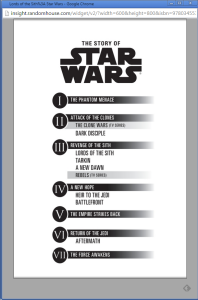 We recommend both the Russian-developed Discipline Calculator, and that on TOR Community.

For your phone, Kuze is using the SWTOR Talent Calc, available for iOS and Android.

Kranitoko’s video in which he opens a Hypercrate of Master’s Shadow Packs is now available.

Congratulations to Kal for becoming a Galactic Legend! 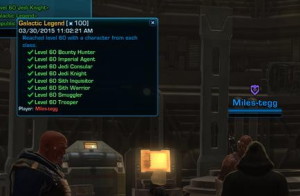 You can see the swarm of what appear to be remotes firing continually at a spot on the ground that Chong spotted here and here.

GasGuy’s post identifying the class-specific titles for completing the Shadow of Revan story can be found in this post on the official forums.