There’s not much news in the lull before Game Update 2.4: The Dread War drops next week. This gave us an opportunity to celebrate our 100th episode, discussing the show’s origin, how we make it, and a whole lot more!

Congratulations to this week’s winner, Kal!

This week’s question is a Who Am I question: I am involved in only one Star Wars film, yet I have had lasting influence on the series. Before movies, I filmed bombing runs in WWII and helped document the liberation of the concentration camps and the signing of the armistice. I have worked with Alfred Hitchcock and Stanley Kubrick, and even the Beatles. And if Chill had been really clever, he would have asked this question about me last episode. Who am I?

Please send your answer to ootinicast@gmail.com by next Wednesday. Winners will be put in a draw to win a Tawnfaun code, courtesy of BioWare, and an OotiniCast-provided Cartel Market pack from the latest shipment.

We recommend the SWTOR Escape Pod Cast (RSS, iTunes), hosted by Max and Sema of the AIE guild on Jedi Covenant. For those interested in joining Ootini Fight Club for some endgame PvP, please contact Chong by email (empiredivider@gmail.com).

Here’s PJ giving his speech to a Dreadlord’s minions in Scum and Villainy: 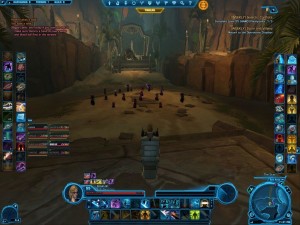 Simon also points at Sony’s Digital Recording Binoculars, which appear to be macrobinoculars!

@ArrTeaBee provides this awesome image of his new Bounty Hunter with his trophy kill: 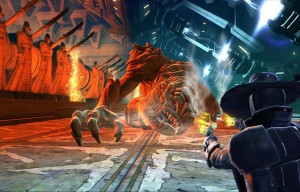 @TrueBluecoltfan refers us to the Paradise Desk project on Kickstarter. Could be worth supporting!

The Jedi-themed bedroom via @SimonRoffe: 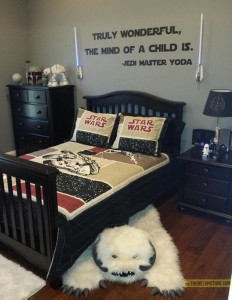 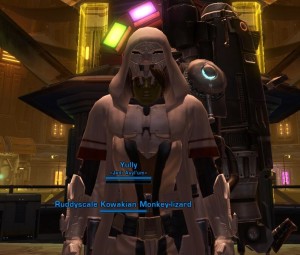 We celebrate our 100th episode! The discussion includes Chill recounting how OotiniCast came to be, and Teo describing the production process. Plenty of reminiscing, as we contemplate the journey that we embarked on two years ago.