This week we talk about Game Update 2.3.1, the changes coming in Game Update 2.4: The Dread War (now on the PTS) and the community reactions to the removal of ranked 8v8 warzones. 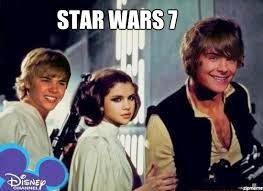 Thundermoose provided this screenshot showing where to stand in the Trooper starship such that you can preview lightsaber ignition sounds: 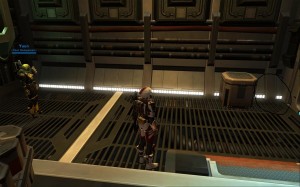 @Ben_b55 has written up his thoughts on the removal of ranked 8v8 warzones in his article Warzone Arenas of Death: New Life to Ranked Play or Final Nail in the Coffin?

The @SWTORTracker Twitter feed, created by Dan O’Brien (@DsanOB) now has over 200 followers. Follow it to see SWTOR dev posts (almost) as they happen!

OotiniCast now has its own forums, where our Australian Republic-side ops group, Ham and Kal’s Ootini Templars, are still looking for more members!

For Empire-side players on The Bastion, our old friend Izaak recommends his guild, Descension. They have four scheduled ops runs per week, full hardmode clears, do pick-up runs almost nightly, and are setting up teams for Game Update 2.4.

Raymond Wilson has uncovered yet more proof that Hyp’s long sought after day/night cycles are viable: 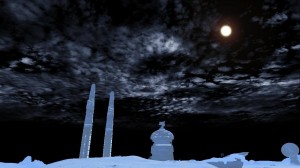 Graham Sellars has created this most amazing (and enormous) wall poster: 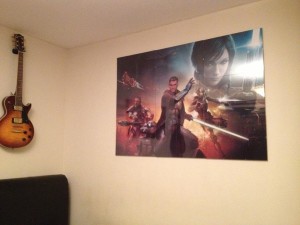